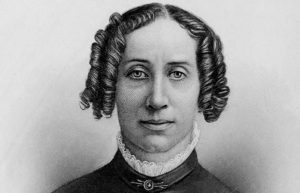 “Vermont women enlisted for the duration.” So said a Vermont historian assessing the war years of 1861-1865.

But little is known of how Vermont women sustained the home front. With nearly 35,000 of the state’s able-bodied men at war, the monumental tasks of keeping more than 30,000 farms in operation became very much a female enterprise.

And women took the place of men in factories and worked after hours making items needed by the soldiers. A Vermont woman edited anti-slavery newspapers, and others spoke against slavery. Also, Vermont women served as nurses in the state’s military hospitals and in the war zone, and taught newly-freed slaves in the South.

This story is told in their words, from letters and diaries that describe life during the Civil War in the Green Mountain State. And at least one Vermont woman appears to have secretly enlisted and fought in a Vermont regiment.

First, contact the speaker by clicking on their biography below to confirm their availability and discuss any special arrangements.

Then, click the “Book this Talk!” button below to send a request form to Vermont Humanities. We’ll respond within one week.

PLEASE NOTE: HOWARD COFFIN’S TALKS HAVE BEEN FULLY BOOKED FOR THE REMAINDER OF 2022 AND ARE NOT AVAILABLE TO BE SCHEDULED UNTIL 2023.

A seventh-generation Vermonter, Howard Coffin is the author of four books on the Civil War with a focus on Vermont and the Champlain Corridor.

1816 has long been known as the year without summer. This talk includes scores of anecdotes about the dark year of failed crops, scarce food, and religious revival.

With nearly 35,000 of Vermont’s able-bodied men at war, the monumental task of keeping more than 30,000 farms in operation became very much a female enterprise during the Civil War.

Historian Howard Coffin will discuss his recent research into this little-recognized group and consider the reasons why Vermont may have been so well-represented in this elite group of marksmen.