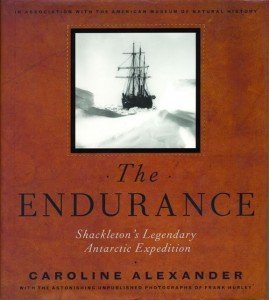 2016 was the hundredth anniversary year of the climactic and dramatic conclusion of the Endurance expedition (1914–1916.)

In 1916, Sir Ernest Shackleton’s ship, the Endurance, was imprisoned and crushed by sea ice near Antarctica.  It nearly cost his crew their lives, but all twenty-eight of them would survive.  Theirs is one of the greatest adventure and survival stories of the twentieth century.

The Vermont Reads books for 2016 were Jennifer Armstrong’s Shipwreck at the Bottom of the World and Caroline Alexander’s The Endurance: Shackleton’s Legendary Antarctic Expedition.

Vermont Reads Shackleton afforded Vermont students and adults alike the opportunity to consider, among other things, the power of vision, courage, and perseverance, the nature of leadership, and the spirit of adventure and exploration. 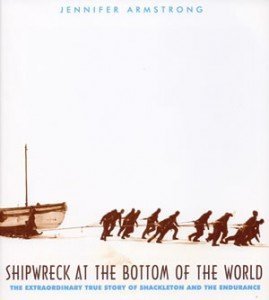 Vermonters learned about the expedition itself, considered its historical context (including World War I, and Arctic and Antarctic exploration generally), and came to understand better what is happening today to ice in the Arctic, Antarctica, and glaciers worldwide. And Vermonters marveled at Frank Hurley’s spectacular photographs that survived and that form a stunning visual record of the expedition.