Barney has taught history and civics at MVU since 2003. In nominating him for the Swenson Award, colleagues pointed to his engaging teaching style and to the design of his classes, which provide students with immersive, hands-on learning experiences that have greatly enriched the learning culture at MVU.

Barney has taught history and civics at MVU since 2003. In nominating him for the Swenson Award, colleagues pointed to his engaging teaching style and to the design of his classes, which provide students with immersive, hands-on learning experiences that have greatly enriched the learning culture at MVU.

“Creating a connection with students is one of the most important teaching skills,” wrote one of Barney’s students in a letter of nomination. “[Mr.] Barney taught to different groups of kids and everyone got exactly what they needed out of his classes. Honestly, he’s pushed me harder than any teacher has. I was so close to giving up this year and he motivated me to stay in school. He’s one of those people you know was made for teaching.” 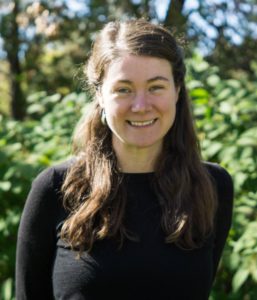 Morgan is no stranger to the Council’s programs. She helped direct a Humanities Camp at the Burke Town School in 2018, and is also integrating our Vermont Reads 2019 choice, March: Book One, into her middle school curriculum.

Morgan has consistently tried to involve the town of Burke and its landscape into her teaching. “I think engagement in middle school is key. Students are just going to learn more when they are engaged,” she said. “A lot of our students are very engaged in the outdoors, so we’ve taken them cross country skiing, biking, and hiking.” She continued, “Part of the value is getting the students to take part in healthy activities, but it can also help them learn to love where they live.”

For one of her initiatives, “Humans of Burke,” students interviewed community members and created portraits of their interviewees that were then displayed in a local coffee shop.

“They were blown away with how many people came to see their work. The café was packed with people,” Morgan said. “I think they felt like they had done something for the community. It was really nice for them to see that their writing and artwork could be that powerful to people.”

Morgan loves giving students the chance to access both “mirrors and windows” through reading: mirrors to reflect their own experience, and windows to learn about other people or cultures. “Being a humanities teacher, there is so much room to do both of those things,” she said. “I see students growing what they love, and also learning about new things in the world to grapple with.” 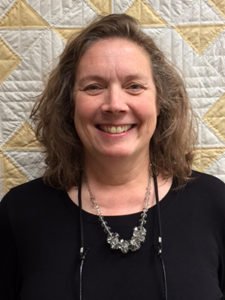 A teacher at Rutland High School since 2011, Marsha Cassel is regarded among colleagues as an innovator and a “teacher of the 21st Century” for her work modernizing and expanding the curriculum and the teaching environment at RHS.

“Marsha has been the messenger, mentor, and champion for shifting our school’s pedagogy away from traditional content and towards more meaningful learning opportunities,” said RHS Science teacher Erica Wallstrom. “She pushes our students and faculty to identify problems in our own communities that need to be considered while guiding us towards being part of the solution.”

One innovation Cassel helped introduce to RHS is a Capstone course that guides students through independent research projects and instills in them a civics mindset, challenging them to take an active part in their own learning. Another new course, Global Citizenship, helps students build leadership skills and connections with the local community. Besides stimulating students to become better learners, Cassel has inspired colleagues to become better teachers—such as helping the World Language Department meet the goals of the Education Quality Standards and helping train the RHS staff in conflict resolution.

Cultivating a global perspective in her students and community is a priority for Cassel. After being awarded a Rowland Foundation Fellowship with fellow RHS teacher Erica Wallstrom, she and Wallstrom co-founded RHS’s Global Issues Network Conference, an annual event that brings together students and teachers, from around Vermont and around the world, to speak about global issues—and to take action. Cassel also leads the school’s Global Studies program, and helped forge a partnership between RHS and a sister school in Pont de Suert, Spain. 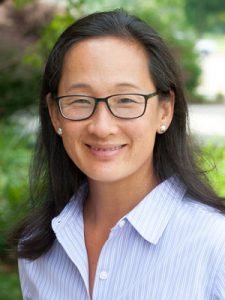 Joyce Yoo Babbitt has been librarian at Browns River Middle School for fourteen years. A unanimous choice for the Swenson Award, Babbitt has combined exceptional enthusiasm for teaching with technical proficiency and a sense of fun to create an inspired learning environment at her school.

“From the moment I met her I realized this was a special educator,” said Willie Lee, a fellow teacher at Browns River Middle School. “Although Joyce is an exceptional librarian, she is truly an inspiration to the students and adults in her presence. She doesn’t just command a room full of books, she commands a center of learning that enriches the educational experience of every student.”

In addition to providing students guidance and support for their own class projects, Babbitt is known for creating and leading numerous clubs that offer experiential learning, including a winter writing club, a photography club, an animation club, and a claymation club that produces an annual film festival. Babbitt also leads a read-a-thon, oversees student production of the annual school yearbook, and brought Vermont History Day and National History Day to the school, helping students prepare presentations that have earned them nominations and awards in the National History Day contest.

Each November, Babbitt guides students through National Novel Writing Month, devoting three afternoons a week and often Saturdays. “I thought students would never choose to sign up for such an activity,” said Pamela Billings, a parent of a BRMS student. “Yet [because of] Joyce’s electric enthusiasm for writing and deep understanding for what motivates her students, more than 100 students and teachers sign up each year.” Last year thirty students submitted completed manuscripts of their novels.