Home » About Us » Our People » Board of Directors » Yasmine Ziesler 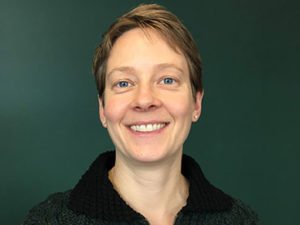 Yasmine Ziesler of Montpelier joined the board in February 2019 as a governor’s appointee and serves on the Development Committee. Yasmine is chief academic officer for the Vermont State Colleges system, where her leadership priorities include advancing Vermont’s efforts to increase post-high school educational achievement and increasing postsecondary student success.

She is a 2007 graduate of the Snelling Center for Government’s Vermont Leadership Institute and has also served on the Mount Mansfield Union school board. Ziesler earned a Ph.D in anthropology from Boston University and a bachelor’s degree in cognitive science-psycholinguistics and Russian from Brown University. She was a Fulbright English teacher in the Republic of Korea from 1995 to 1996.