How Did Germany’s Weimar Democracy Become the Third Reich? Defeated, humiliated, and in chaos, Germany after World War I was imperiled by leftist revolution and right-wing violence. Jack Mayer recounts the origins of the Third Reich through the story of Ernst Werner Techow, a member of the para-military Free Corps and the murderous Organization C, who was recruited into a clandestine assassination network trying to bring down the fledgling Weimar democracy.

Techow participated in the 1922 murder of Foreign Minister Walther Rathenau, the highest-ranking Jew in the Weimar Republic. But an offer of forgiveness while on trial for his life set him on a complex journey of redemption. 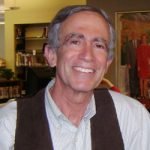