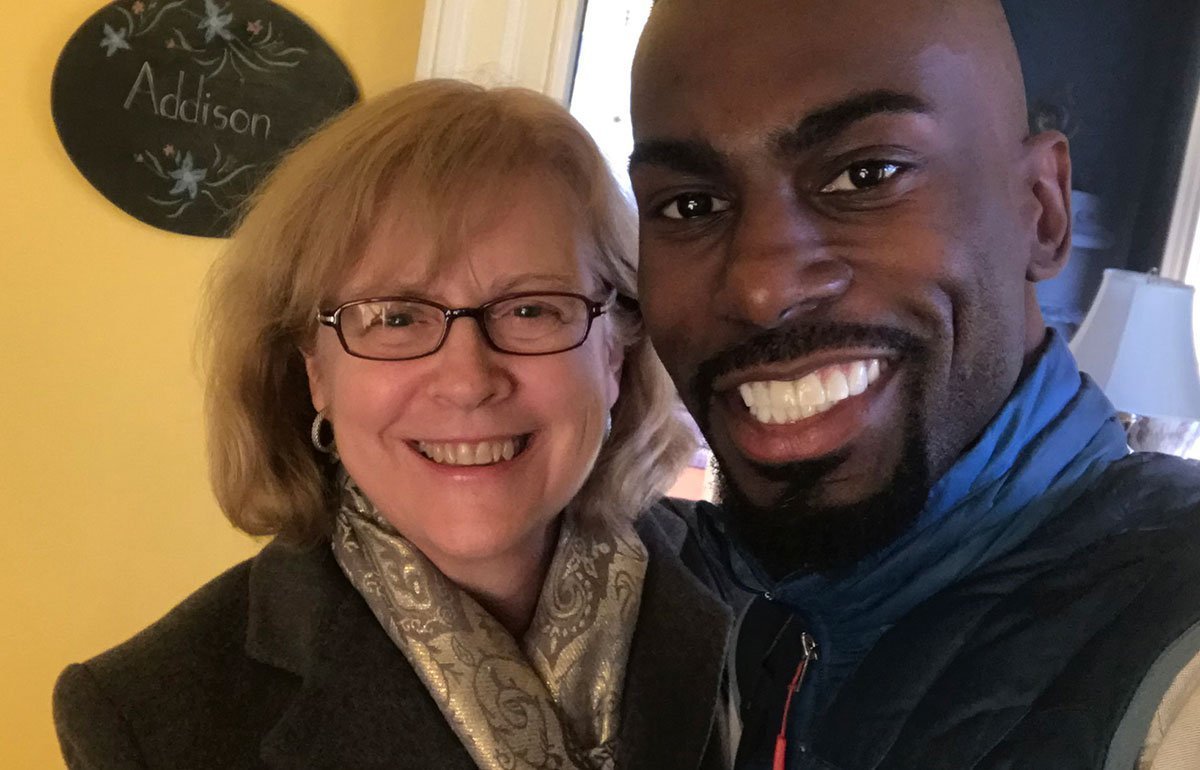 For seventeen years Ali White has been the weaver of the First Wednesdays tapestry. Working in tandem with now-retired VHC Executive Director Peter Gilbert, she began a pilot project at one library in 2002 that bloomed into one of VHC’s flagship programs. Today, the free lecture series draws over 6,000 attendees each season to nine venues statewide. In this interview excerpt, Ali talks about the beginnings of the series and what accounts for its enormous success.

What was your background before starting First Wednesdays, and what led to the program’s genesis?

I had worked in public programming before. First in Texas, after college, booking programs for a state arts organization. I’d fly around in tiny planes with musicians, mostly young, who were delighted to be employed. We brought concerts to small, middle-of-nowhere towns. It was fun to expose school children to Mozart, and to bring lunchtime concerts to workers in the Texas oil fields. Looking back, it was a wonderful job!

Then in Vermont, when my children were young, I worked as part of a two-year grant from the Freeman Foundation to launch more robust adult programming for the Kellogg-Hubbard Library [in Montpelier]. While working that job I met Peter Gilbert, who was then new to the Council. It was Peter’s idea to pilot a monthly humanities forum on a date, easy to remember, and call the series something like First Tuesdays or First Thursdays. Turned out, Wednesdays were best for Kellogg-Hubbard, so we went with First Wednesdays. It began as a partnered program between the library and VHC. In the third year VHC took over the majority of the funding with Kellogg-Hubbard remaining as a host library.

First Wednesdays grew from one site to nine in just six years. Was there a long-term plan for that?

First Wednesdays found an enthusiastic audience fairly quickly. Expanding it was mostly Peter’s vision— he liked what we were doing and saw promise for the series. That, and my kids were older, and I needed more work! We expanded from one to three venues, adding Middlebury and St. Johnsbury to Montpelier. When this expansion found an audience, Peter decided to add two venues a year until we reached nine. We hoped that with nine we’d cover enough of a geographic area so that Vermonters were within easy driving distance of a talk.

What have you enjoyed most about putting together First Wednesdays? What are your favorite highlights?

I love to do research, and always enjoyed reading books and articles I might not normally have read and watching online videos in search of talented presenters on diverse topics. This was always part of it, that First Wednesdays offerings be eclectic and that we put in the work to identify talented scholars. We wanted to create lifelong learning moments.

The other joy for me was working collaboratively, over so many years, with Peter Gilbert. Peter and I had great professional chemistry. It was a happy partnership, the kind in which you have fun and also hope and believe you’re doing some good.

For me the program highlights were less about enticing Salman Rushdie or Billy Collins to come to Vermont. Of course, this was cool, but I’m more of a fan of the small “ah-ha” moments. Hearing someone leave the room talking animatedly about the presentation with a friend is what it’s all about for me. Thinking that someone might have moved from a personal “point A” to a new, and better informed “point B” is exciting.

What do you most look forward to in retirement?

Attending lectures I don’t have to organize!