“We felt like there are people who will listen to us” 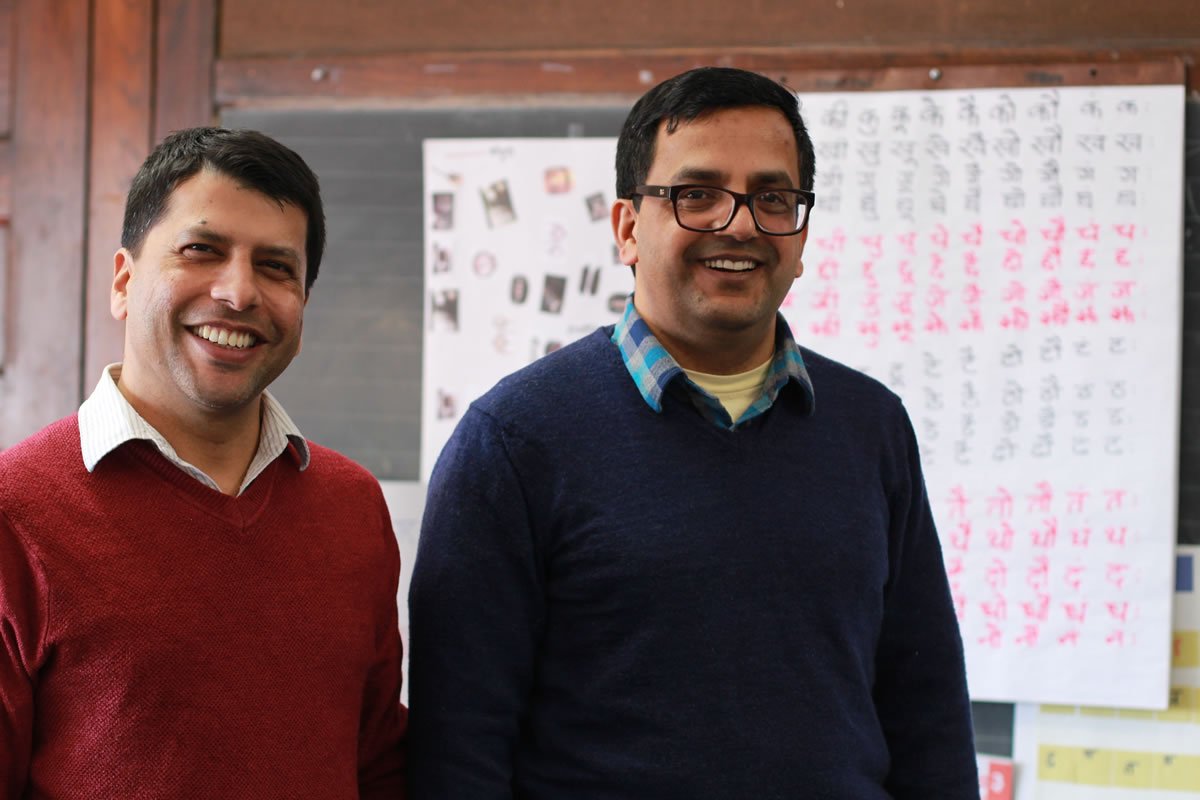 Bidur Dahal (left) and Khara Neopaney have a long history of working to preserve their Nepali heritage. The pair taught classes under a tree in a refugee camp after they and many other ethnic Nepalis were ousted from their homes in Bhutan in the early 1990s.

After settling in Vermont in 2008, they discovered another challenge: “Our children speak only English at school” says Khara, “and they are happier speaking English at home.” Because of this, grandparents were often unable to communicate with their grandchildren, and important cultural lessons were being lost.

“We feel like our culture is slowly eroding,” says Bidur. “That’s why we started the classes in the temple.”

Shawna Shapiro, Assistant Professor of Writing & Linguistics at Middlebury College, helped Bidur, Khara, and other members of the Vermont Hindu Temple in Burlington apply for a grant from VHC in 2016. They were awarded $2100 “to support an educational program for Nepali Bhutanese children ages 8-13 who are interested in learning more about their cultural heritage.”

Bidur says, “It was the first grant we received, and it really encouraged us. We felt like there are people who will listen to us.”

Volunteers from the Nepali Bhutanese community now teach the Nepali language and culture to the children on Saturdays. The students celebrated a holiday devoted to the Nepali poet Bhanubhakta Acharya by learning his poems and talking about their meaning.

In addition to producing classroom materials, the group has used the grant money to sponsor an open house for the local community. Students manned various “stations” and shared what they had learned in their classes about Nepali music, family structures, and food.

“I loved seeing these elementary and middle school kids having sustained conversations with adults about their culture,” says Shawna. “They got so excited that people wanted to hear about what they have been learning in the program.”

Khara says, “I was overwhelmed by the attendance of the local community. They were really interested in what’s going on at the Temple, and what they can learn from us.”

“The feedback and response was so great, that we are already thinking about how to do a better open house next time,” says Bidur.