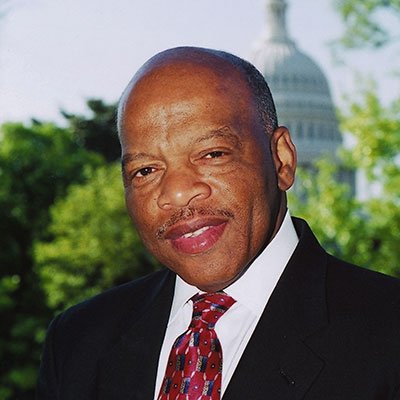 John Lewis was born the son of sharecroppers on February 21, 1940, outside of Troy, Alabama.  He grew up on his family’s farm and attended segregated public schools in Pike County, Alabama.  As a young boy, he was inspired by the activism surrounding the Montgomery Bus Boycott and the words of the Reverend Dr. Martin Luther King, Jr.

As a student at Fisk University, John Lewis organized sit-in demonstrations at segregated lunch counters in Nashville, Tennessee. In 1961, he volunteered to participate in the Freedom Rides, which challenged segregation at interstate bus terminals across the South. Lewis risked his life on those Rides many times by simply sitting in seats reserved for white patrons.

During the height of the Movement, from 1963 to 1966, Lewis was named Chairman of the Student Nonviolent Coordinating Committee (SNCC), organizing student activism in the Movement, including sit-ins and other activities.

By 1963, John was dubbed one of the Big Six leaders of the Civil Rights Movement. At 23, he was an architect of and a keynote speaker at the historic March on Washington in August 1963. In 1965, Lewis was a leader of over 600 peaceful, orderly protestors across the Edmund Pettus Bridge in Selma, Alabama on March 7. He continued to work in civil rights, especially voter rights and volunteerism.

John was elected to Atlanta City Council in 1981. He was elected to Congress in November 1986 and has served as U.S. Representative of Georgia’s Fifth Congressional District since then.

John Lewis holds a B.A. in Religion and Philosophy from Fisk University, and he is a graduate of the American Baptist Theological Seminary, both in Nashville, Tennessee. He has been awarded over 50 honorary degrees from prestigious colleges and universities throughout the United States.

John Lewis lives in Atlanta, Georgia.  He has one son, John Miles. 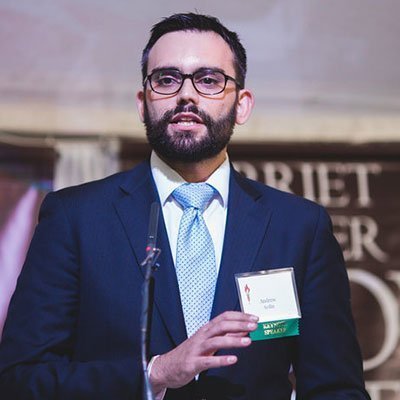 An Atlanta native, Andrew was raised by a single mother, and grew up reading comic books.  He attended the Lovett School in Atlanta, Georgia, earned a Bachelor of Arts from Trinity College and a Master of Arts in public policy from Georgetown University. After college, he took a job with Congressman John Lewis.

Today, Andrew serves as Digital Director & Policy Advisor to Congressman Lewis in Washington, D.C. A graduate of Trinity College in Hartford and Georgetown University in Washington, Andrew wrote his master’s thesis on the history and impact of Martin Luther King & The Montgomery Story.  Andrew often speaks at schools and universities, participates in reading programs with incarcerated youth, serves as a national project advisor to the National Endowment for the Humanities (NEH) for “The Great Stories Club (GSC): Reading and Discussion for At-Risk Youth”. He has taught classes on script writing at the Smithsonian. 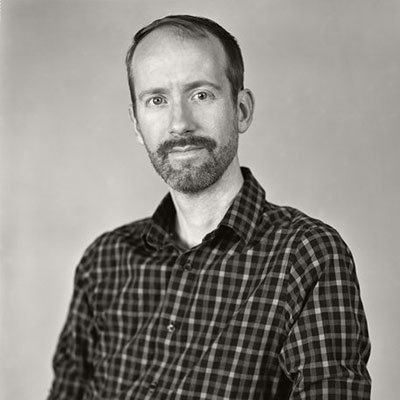 Nate Powell is a New York Times best-selling graphic novelist born in Little Rock, Arkansas in 1978. He began self-publishing at age 14. Nate graduated from School of Visual Arts in 2000.

Powell is the first cartoonist ever to win the National Book Award.

In addition to the March Trilogy, Nate’s work includes Ozark existential horror tale Come Again, You Don’t Say,  Any Empire, Swallow Me Whole, The Silence Of Our Friends, The Year Of The Beasts, and Rick Riordan’s The Lost Hero.

Powell has discussed his work at the United Nations and his books have been placed on school curriculum in over 40 states. His animated illustrations in the Southern Poverty Law Center’s Selma: The Bridge To The Ballot documentary has reached over a million students in 50,000 schools across the nation.

From 1999 to 2009, Powell worked full-time providing support for adults with developmental disabilities alongside his cartooning efforts. He managed underground record label Harlan Records for 16 years, and performed in punk bands Soophie Nun Squad and Universe. He lives in Bloomington, Indiana.

To learn more about Nate, visit his website: www.seemybrotherdance.org/