Vermont Humanities Fall Conference to Examine the Search for Home 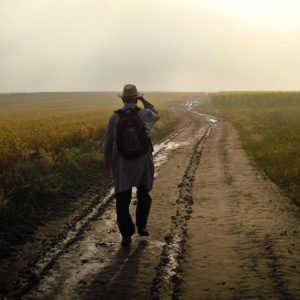 Vermont Humanities will examine the most human of quests – the search for home – at its 46th annual fall conference, which will be held on November 15-16 at the University of Vermont’s Dudley H. Davis Center. The conference, called “Searching for Home: Journeys, Quests and Migrations,” begins on Friday afternoon and will conclude with an Arabic jazz concert on Saturday evening.

Renowned essayist and novelist Kiese Laymon will be featured as the keynote speaker for the conference. His talk at 7:30 pm on Friday, November 15 will be open to the public, and will take place at the Ira Allen Chapel at the University of Vermont. His breakout session on Saturday, November 16 at 11:00 am at the Davis Center will be limited to those who have registered for the conference.

Laymon’s memoir Heavy was named a Best Book of 2018 by the New York Times, Publishers Weekly, National Public Radio, Library Journal, and The Washington Post. Entertainment Weekly wrote than in Heavy, Laymon “provocatively meditates on his trauma growing up as a black man, and in turn crafts an essential polemic against American moral rot.”

The virtuosic, charismatic, and innovative clarinetist Kinan Azmeh will close the conference on Saturday with a concert that begins at 5:00 pm. Azmeh toured with Yo-Yo Ma’s Silk Road Project, for which he won a Grammy in 2017. As a composer and instrumentalist, he weaves the mesmerizing sounds of his native Syria into a highly original and exciting form of haunting and celebratory Arabic jazz with his first-rate ensemble, CityBand. Thanks to a partnership with the UVM Lane Series, conference attendees will enjoy free admission to the concert. Tickets to the concert alone can be purchased separately at www.uvm.edu/laneseries/kinan-asmeh-cityband.

Other plenary sessions will feature Carol Dougherty, Professor of Classical Studies at Wellesley College, speaking on “The Foreigner in Homer’s Odyssey;” and Dr. Hasia Diner, Professor of American Jewish history at New York University, discussing “The Great Jewish Migrations to the New World and the Peddlers Who Forged the Way.”

Attendees can choose from 15 different breakout sessions during the conference, including a tour of food markets in Burlington’s Old North End, led by members of Historic New England and Burlington Edible History Tours. Other sessions will cover topics such as The Great Migration of African Americans to northern industrial cities, the Abenaki experience in Vermont, the reclamation of disappearing alphabets, and the current crisis facing refugees from Central America, Africa, and the Middle East.

Conference registration is $149 ($99 for students), which includes all conference sessions, continental breakfast, buffet lunch, and snacks. The registration and payment deadline is November 4; after the deadline, registrations will be accepted as space is available. Register for the conference at www.vermonthumanities.org/journeys.

Vermont Humanities seeks to engage all Vermonters in the world of ideas, foster a culture of thoughtfulness, and inspire a lifelong love of reading and learning.

Vermont Humanities seeks to engage all Vermonters in the world of ideas, foster a culture of thoughtfulness, and inspire a lifelong love of reading and learning.