*DIGITAL* The Genealogy of Happiness: From Aristotle to Positive Psychology 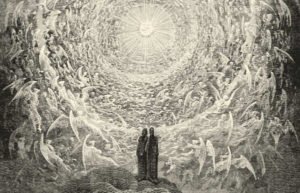 What is happiness? Can it be measured? And what is the relationship between happiness and virtue, money, pleasure, relationships, mindfulness, and satisfaction? This program with William Edelglass will begin with an overview of different conceptions of happiness in Western philosophy, religion, and political theory, as well as discuss "the new science of happiness." This event will be held on Zoom. END_OF_DOCUMENT_TOKEN_TO_BE_REPLACED

*DIGITAL* Murder in the Vermont Woods: A Story About Race, Class, and Gender in the 19th Century

Historian Jill Mudgett tells the story of an Indigenous man from southern New England who came to central Vermont during the late 19th century and was the victim of a murder. Recreating community connections in a rural Vermont hill town, this story is about poverty, racism, disability, and gendered violence against women, but is also an account of Indigenous movement and choice despite great obstacles. Registration required. END_OF_DOCUMENT_TOKEN_TO_BE_REPLACED