Murder in the Vermont Woods: A Story about Race, Class, and Gender in the 19th Century

Historian Jill Mudgett tells the story of an Indigenous man from southern New England who came to central Vermont during the late-19th century and was the victim of a murder. Recreating community connections in a rural Vermont hill town, this story is about poverty, racism, disability, and gendered violence against women, but is also an account of Indigenous movement and choice despite great obstacles. END_OF_DOCUMENT_TOKEN_TO_BE_REPLACED

An Apprentice Boat Builder in Japan 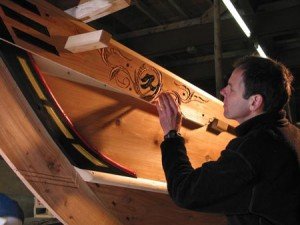 Since 1996, writer and researcher Douglas Brooks has apprenticed with seven boat builders in Japan, building over a dozen types of Japanese boats. In this slide talk he shares his experiences with these traditional crafts. END_OF_DOCUMENT_TOKEN_TO_BE_REPLACED