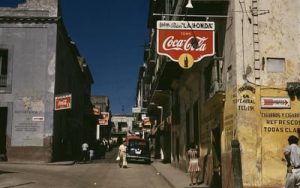 The Coca Cola logo is recognized by 94% of the global population, making it the world’s most recognizable trademark. Both the logo and the product are so thoroughly identified with the United States that for many people Coke is the symbol of America. In this multimedia talk, Castleton professor Sanjukta Ghosh will explore three major themes about the brand's influence. END_OF_DOCUMENT_TOKEN_TO_BE_REPLACED

Soup to Nuts: An Eccentric History of Food 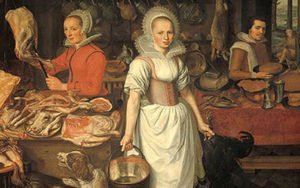 Presented by writer Rebecca Rupp, this talk let attendees find out about the rocky evolution of table manners, the not-so-welcome invention of the fork, the awful advent of portable soup, and the surprising benefits of family dinners – plus some catchy info on seasonal foods. END_OF_DOCUMENT_TOKEN_TO_BE_REPLACED

1816 has long been known as the year without summer. Vermonters still call it “1800 and Froze to Death,” a year of frosts every month, dark skies, and mysterious lights that caused a widespread belief that a higher power was displeased. In this talk, historian Howard Coffin includes scores of anecdotes on the dark year of failed crops, scarce food, and religious revival. END_OF_DOCUMENT_TOKEN_TO_BE_REPLACED