Singer and historian Linda Radtke, in period garb and “Votes for Women” sash, celebrates the centennial of the passage of the 19th Amendment, specifically highlighting the decades-long persistence of Vermonters, both women and men. END_OF_DOCUMENT_TOKEN_TO_BE_REPLACED 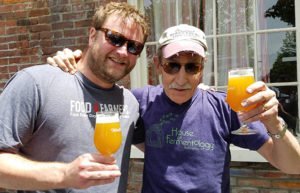 Bill Mares began making his own beer 45 years ago, when home brewing was illegal and there were no microbreweries in America. In this presentation, he offers a short history of beer itself and discusses Vermont’s small but significant contribution to the American beer revolution. END_OF_DOCUMENT_TOKEN_TO_BE_REPLACED