The Hills of Home: Mountains and Identity in Vermont History 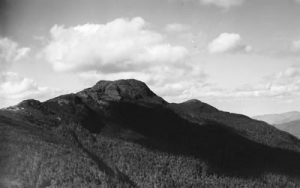 Vermonters have strong ideas about the importance of their mountain topography. Historian Jill Mudgett offers us tools to understand the origins and meaning of our strongly held attachments to the Vermont landscape. END_OF_DOCUMENT_TOKEN_TO_BE_REPLACED

From Skiffs to Sail Ferries: The Story of Vermont’s Small-Boat Traditions 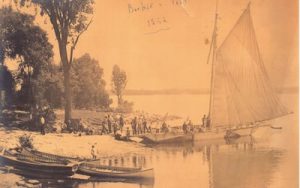 The stories of Vermont naval history and commercial shipping have been well documented by generations of historians. In this slide presentation, Douglas Brooks shares his research on these traditions, and his work in recreating some of these historic vessels. END_OF_DOCUMENT_TOKEN_TO_BE_REPLACED

Bees Besieged: A History of Beekeeping 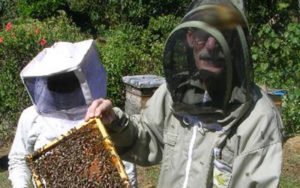 Bill Mares, writer, and a beekeeper for 45 years, will tell of the origins and evolution of beekeeping, sometimes referred to as "farming for intellectuals," with a particular emphasis on his research in Vermont.  END_OF_DOCUMENT_TOKEN_TO_BE_REPLACED

Vermont’s remarkable Civil War battlefield record is well documented, but little is known of how Vermont women sustained the home front. Historian Howard Coffin explains, with nearly 35,000 of the state’s able-bodied men at war, how women took on farming, worked in factories, served as nurses in the state's military hospitals, and more. END_OF_DOCUMENT_TOKEN_TO_BE_REPLACED 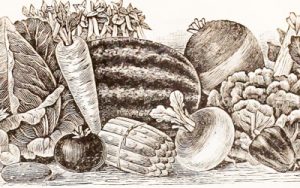 Common garden vegetables have long and fascinating histories. Science and history writer Rebecca Rupp will discuss the stories behind many of our favorites, among them the much-maligned tomato and potato, the (mostly) popular pumpkin, and Vermont’s dynamic duo of kale and Gilfeather turnip. Find out why a lot of us don’t like beets, how a 17th-century pirate named the bell pepper, how carrots won the Trojan War, and how George Washington was nearly assassinated with a plate of poisoned peas. END_OF_DOCUMENT_TOKEN_TO_BE_REPLACED

Alfred Hitchcock and the Art of Suspense 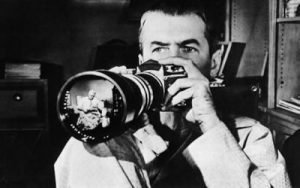 Hitchcock famously said “Some films are slices of life; mine are slices of cake.” His career spanned forty years and many film eras. Film expert Rick Winston will discuss the evolution of Hitchcock’s craft, exploring his favorite themes, his relationship with his collaborators, and his wry sense of humor no matter how grisly the subject matter. By drawing on twelve film clips, starting with his 1925 silent The Lodger and continuing through to his Hollywood classics such as Notorious and Rear Window, Winston will illuminate the arc of Hitchcock’s brilliant career. END_OF_DOCUMENT_TOKEN_TO_BE_REPLACED