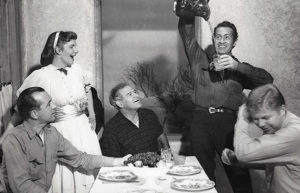 This era represents a great period of in American theater. William Saroyan’s work in the 1930s was influenced by the Great Depression. In the 1940s, the playwrights Tennessee Williams, Arthur Miller, and Eugene O’Neill examined dysfunctional families and the American Dream gone awry. N. Richard Nash’s play “The Rainmaker” opened in 1954 and its character Starbuck charmed audiences.

In this presentation, actor Stephen Collins performs monologues from these and other playwrights and may even sing a Cole Porter and George Gershwin tune to round off the evening. 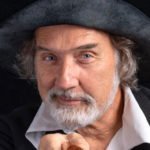 Stephen Collins - Stephen Collins received a BA in Literature from UMass Boston. Recently he has been teaching seminars on Whitman, Hardy, Shakespeare, Frost, and Contemporary Poetry at various locations, in addition to performing.