The Oldest Book in the Americas

Superlatives are rare.  The biggest, the best, the oldest – they are unique: there’s only one “biggest.”   Superlatives are particularly noteworthy when they relate to something important, something people value, and perhaps collect, like books.

And so when a major academic archaeological journal published the findings of a study confirming that an old Maya manuscript is the oldest known manuscript from the western hemisphere, it was a big deal.  Discovery Magazine rated it among the top hundred science stories of 2016. 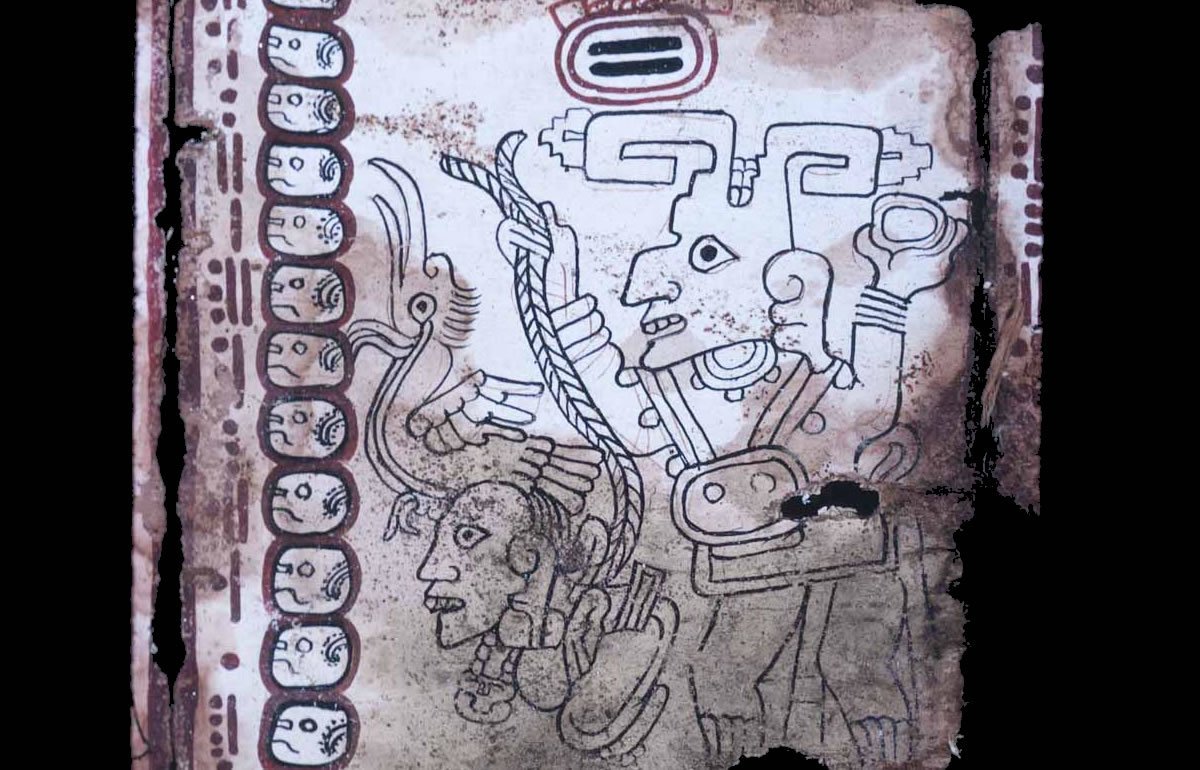 Image of the Grolier Codex, from the Foundation for Advancement of Mesoamerican Studies.

According to an article in YaleNews, the manuscript is called the Grolier Codex – a codex being a book made of multiple sheets of paper, papyrus, or similar material containing hand-written markings. The ten-page manuscript made of fig bark paper was uncovered by looters in a cave somewhere in Mexico. Some of its illustrations are rather gruesome, like death gods decapitating captives.

Ostensibly a Maya calendar for calculating the cycles of the god Venus, it was acquired by a Mexican collector in the 1960s. Not surprisingly, some, including some prominent scholars, declared it a fake — some for scholarly reasons, others out of political antipathy because its wealthy owner was widely disliked for his role in organizing the controversial 1968 Olympic Games in Mexico City, which was preceded by police shooting into a crowd of student protesters, killing perhaps hundreds.

Yale professor Michael Coe and three other scholars undertook an exhaustive examination of the codex, first in the 1970s and then over the last two years in order to definitively determine its authenticity.  Professor Coe said they “studied the living daylights out of it,” and declared it to be genuine – dating from between 1220 and 1240.

The scholars noted that its ink is consistent with that of the three other known codices of its kind. A pigment in the ink contains a mineral that couldn’t be synthesized until the 1980s and that no one knew was part of Maya pigment until 1964.  And its illustrations include features not seen in any Maya drawing before the codex was discovered.

Coe told The New York Times that the manuscript is an “important find” that sheds new light on Maya religion and astrology.  In 1977 it was returned to Mexico City and now resides where it belongs – in the National Museum of Anthropology.