The First Arsenal of Democracy: “High-Tech” in the Connecticut Valley, 1795-1900 Long before FDR called America “the Arsenal of Democracy,” gunmakers of the Connecticut River Valley were figuring out how to produce rifles and pistols in large quantities, using complex new machinery. The “high-tech” workers of their day, these innovators developed the methods and tools that would ultimately lead to American military might, as well as to mass-production and the consumer culture that we know today.

In this illustrated lecture, historian and museum curator Carrie Brown explores the role of the Connecticut Valley, with an emphasis on Vermont, in developing technology that changed American life. 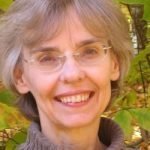 Carrie Brown - Carrie has been a museum curator and exhibit developer for more than 25 years, and is the author of books, magazine articles, and exhibition catalogues. See full biography.