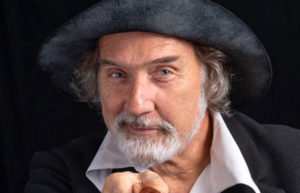 Stephen Collins grew up in Cambridge and received a BA in Literature from UMass Boston. After twenty plus years in a sales career, he is back doing what he truly loves – performing and teaching. Recently he has been teaching seminars on Whitman, Hardy, Shakespeare, Frost, and Contemporary Poetry at various locations.

The newest addition to his repertoire is a one-man show “Sailing Towards My Father” by Carl A. Rossi. Stephen performed the show on August 1st at Arrowhead, Pittsfield MA, where Herman Melville wrote Moby Dick. See letter from Peter Bergstrom, Director of Arrowhead.

Prior to Melville performance, Stephen performed as James McNeil Whistler in another play by Carl A. Rossi, entitled, “Butterfly”.

He also works as a professionally licensed tour guide doing narrated historical tours of Boston. His Whitman performances have taken him all over the country. He now has eight one-man shows and seven courses where his teaching style has been described as a hybrid between lecture and performance.

An Evening with Walt Whitman

The audience is a visitor in Walt Whitman’s room as he prepares for his seventieth birthday celebration and questions his success as a man and a poet. Through Whitman’s poetry and letters, actor Stephen Collins helps us experience the poet’s growth into a mature artist who is at peace about “himself, God and death.”

Sailing Towards my Father

Sailing Towards My Father is a one-man play written and directed by Carl A. Rossi and performed by Stephen Collins.