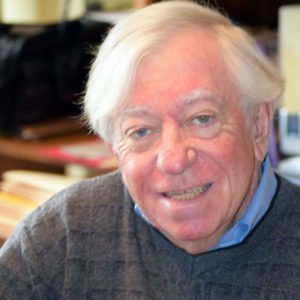 Robert J. Gordon is Stanley G. Harris Professor in the Social Sciences and Professor of Economics at Northwestern University. He is one of the world’s leading experts on inflation, unemployment, and long-term economic growth. His recent work on the rise and fall of American economic growth and the widening of the U. S. income distribution have been widely cited, and in 2016 he was named as one of Bloomberg’s top 50 most influential people in the world.

Gordon is author of The Rise and Fall of American Growth: the US Standard of Living Since the Civil War (published in January 2016 by the Princeton University Press).  He is also author of Macroeconomics, twelfth edition, and of The Measurement of Durable Goods Prices, The American Business Cycle, and The Economics of New Goods. Gordon is a Distinguished Fellow of the American Economic Association and a Fellow of both the Econometric Society and the American Academy of Arts and Sciences.