Restorative Justice: How Vermont, Argentina, and Rwanda Wrestle With Crime, the Past, and Rebuilding Community The principles of restorative justice, such as repairing relationships by uncovering the truth, holding offenders accountable, and making restitution to victims, have been applied locally and internationally as a response to criminal offenses large and small. In Vermont, reparative boards and mediation initiatives are examples of local programs that embody these ideals. In Argentina and Rwanda, in response to atrocities such as genocide and crimes against humanity, truth commissions have attempted to bring justice and healing to local communities.

Norwich University Professor Rowly Brucken explains these initiatives as a way of sparking discussion on the strengths and weaknesses of these creative but controversial attempts to respond to criminal wrongdoing by emphasizing the needs of victims and communities. Rowly has 20 years of experience as a theorist and practitioner of restorative justice at the local, state, and international levels. He has served on reparative panels, chaired the Citizen Advisory Board of the Montpelier Community Justice Center, and published articles and given academic presentations on truth commissions and indigenous healing processes. He is also Amnesty International USA’s Zimbabwe Country Specialist. 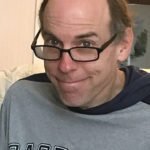