The Coca Cola logo is recognized by 94% of the global population, making it the world’s most recognizable trademark.  Both the logo and the product are so thoroughly identified with the United States that for many people Coke is the symbol of America.

Castleton professor Sanjukta Ghosh will explore 3 major themes in this multimedia talk: the use of images of women in Coke advertising; Coke’s role in shaping America’s involvement in World War II and the subsequent global economy; and Coke’s entanglement in imperial movements around the world. Special Arrangements: projector and screen. 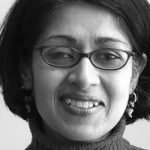