Movements of the Soul: The Role of Religion in Nonviolent Struggles for Peace 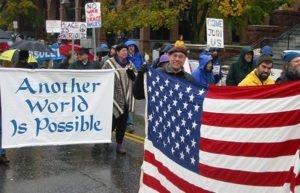 The 20th century saw the rise of religious faith-based organizations and groups working to advance the cause of peace. They addressed such issues as conscription, nuclear weapons, war and US foreign and military policy. Mainline Protestant churches, progressive Catholics, the traditional Peace Churches, Jewish and Buddhist organizations worked with secular groups to forge powerful movements to oppose war and all forms of violence, expose underlying causes of war, and the growing militarization of US society. 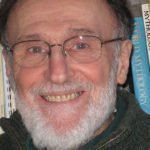 Joseph Gainza - In addition to teaching grade school in Brooklyn and Vermont, Joseph has been a community organizer/outreach worker for an anti-poverty agency, served as advocacy director for the rights of people with disabilities, and a program director and instructor of adults at Woodbury College. See full biography.