Katherine Paterson: “There’s a story here that needs to be uncovered.” 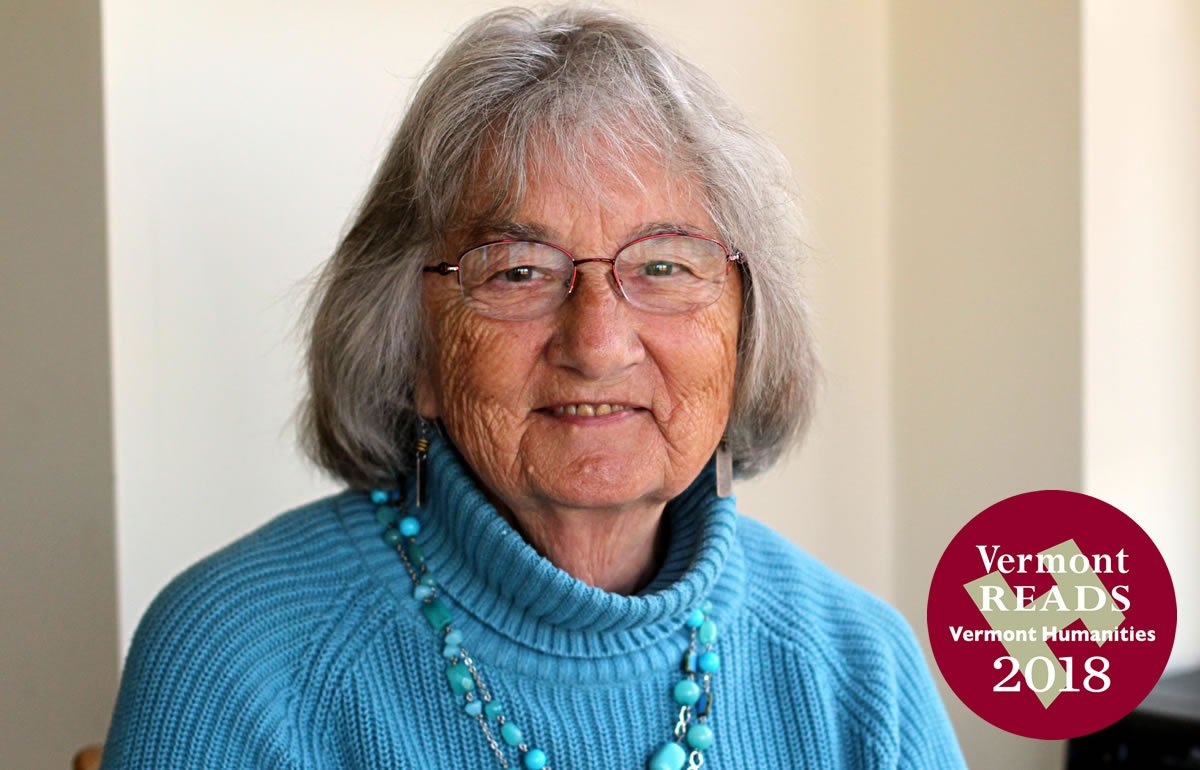 Katherine Paterson is the author of more than 30 books, including Bridge to Terabithia. She has won the Newbery Medal and the National Book Award twice each. The Vermont Humanities Council has selected her book, Bread and Roses, Too, as the Vermont Reads book for 2018.

This novel of historical fiction describes the 1912 “Bread and Roses” strike in the Lawrence, Massachusetts textile mills through the eyes of an Italian-American girl and a runaway boy. It tells the story of Rosa, who, along with Jake and other children, are sent temporarily out of harm’s way to foster families in Barre, Vermont, as children were during the strike.

Paterson’s novel, The Day of the Pelican, about an Albanian refugee family who moves to Barre, was the Vermont Reads choice in 2010. We recently visited Paterson to discuss Bread and Roses, Too and the Vermont Reads program.

What gave you the idea to write about the “Bread and Roses” strike? 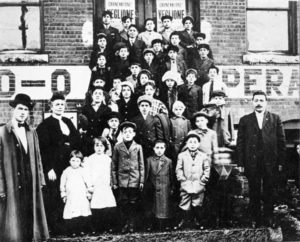 Children from Lawrence, MA on the steps of Barre’s Old Labor Hall, 1912.

When the Barre Historical Society collection was in the top floor of the Aldrich Library, I saw a picture there of children standing on the steps of the Old Labor Hall. The caption was, “Children from the Lawrence strike come to Barre.” I had one of those writerly chills up and down my spine that said, “There’s a story here that needs to be uncovered.”

I asked Karen Lane, who was the director of the library at the time, about the picture. Of course, she knew all about the Lawrence strike, and about the children coming to Barre.

Still, when I began to dig, there wasn’t a lot of information to be found. I thought, “This is the most important labor strike in this country.” And the most successful, in that they got every single thing that they asked for.

Why wasn’t there a lot of information about the strike at that time?

The truth of the matter is, between the church and the political systems, the strikers were made to be ashamed of what they had done. They were seen as not being patriotic, and not being Christian. So they didn’t talk about the strike.

What led the strike’s organizers to send children to Barre?

The organizers were very clever. Their idea was, if we send them from Lawrence to stay with other sympathetic union families, it will get in the newspapers. And it did. You know, if you’re trying to let the world know about this situation, you have to figure out how to get the big city newspapers interested.

[The Barre socialists] met the train [of children], and they had a big parade. Of course, Barre is not that big! The parade had to go around and come back down.

One thing that was really very interesting to me: the Italian socialists in Barre mostly came from Carrara [in northern Italy]. They came because they were sculptors, and they were fleeing from political persecution. They were educated people, and they were artists.

[Some of] the people that were working in the factories [in Lawrence] were from southern Italy. Many of them couldn’t read or write. They were very poor and that was the reason that they came [to the factories]. For the Italians in Barre to open their hearts and their homes to these children, it was remarkably generous. I read somewhere, when the children went home to Lawrence, their parents didn’t recognize them because they had gained weight, and were wearing beautiful clothes, and were rosy cheeked and healthy.

Have you found that children are able to identify with that era when they read the book?

That’s why it is wonderful to write for children. They’re eager to be part of the story.

When I talk to students, I always tell them that they are my coauthors. Without you, I’m just squiggles on a page, gathering dust on a shelf. When you bring your ability to read, and your imagination, and your life experience to the story, it becomes alive, and then it becomes a story.

Which Vermont Reads Bread and Roses, Too activities do you think would be enriching for communities?

I think a tour of Barre might be a very good activity. You have the Old Labor Hall, you have the Robert Burns statue, which was paid for by the Scots but carved by the Italians. There are several people in Barre that know a lot about the history of the Labor Hall, and the anarchists, and the socialists.

Then there’s the statue fondly known as Naked Neil, because he’s naked and he’s kneeling, with the whisper bench. Also there is the statue of the stone carver on Main Street. And the Hope cemetery, of course. It’s a very interesting town to drive around, and to go into.

When you bring your ability to read, and your imagination, and your life experience to the story, it becomes alive, and then it becomes a story.
Katherine Paterson

What is it like to have a second book chosen for Vermont Reads?

You know, I truly love it. I’m very proud of Barre. It doesn’t get all the respect that it should, because it’s a working-class town, and it almost always has been. I think they should get their due.

When The Day of the Pelican was selected, it was wonderful. I went to a lot of immigrant communities, and they told about their own experiences. I love that kind of sharing. I’m sure that if I go to different places to talk about Bread and Roses, Too, there will be people who know the story better than I do.

[This sort of sharing] is not only educational, it’s humanizing. It helps us understand other people’s lives, and struggles, and the wonders of other human beings who managed to survive and triumph.

What do you value about the Vermont Humanities Council?

Bread and Roses, Too, right? I mean, seriously, it’s the humanities that help make us human. 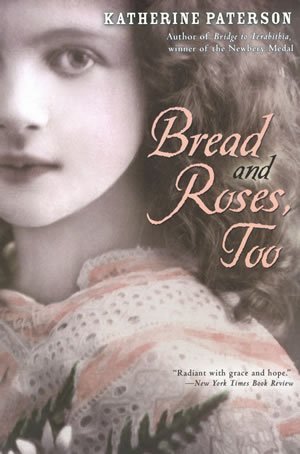