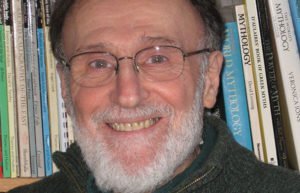 Joseph grew up in Brooklyn in a working class family. His father worked in a sugar refinery on the Brooklyn docks and was president of his union local. His mother managed the household and later worked in the cafeteria of the school his younger sister attended. Joseph moved to Vermont in 1973.

In addition to teaching grade school in Brooklyn and in Vermont, Joseph has been a community organizer/outreach worker for an anti-poverty agency, served as advocacy director for the rights of people with disabilities, and a program director and instructor of adults at Woodbury College. He has a BA in American History and a MA in Systematic Theology.

From 1995 to 2009 Joseph was the VT Program Coordinator of the American Friends Service Committee, where, in addition to his job responsibilities he was a shop steward for his union local Unite-Here 1066. He founded Vermont Action for Peace and continues to organize against war and for economic and social justice.

With his wife Sarah Norton he co-manages a small homestead with a large garden in Marshfield, Vermont where they keep goats and from which they sell organic, free range chicken eggs to the local food coop where for six years Joseph was a member of the board of directors.

Movements of the Soul: The Role of Religion in Nonviolent Struggles for Peace

Joseph explores how the 20th century saw the rise of religious faith-based organizations and groups working to advance the cause of peace.