Book Discussion: The Given Day by Dennis Lehane

This series examines, through excellent works of fiction, the formation of unions in different industries, the often cruel and callous calculus behind labor negotiations, and the people who suffered, fought, and died as part of the labor battle. Led by Rachael Cohen. END_OF_DOCUMENT_TOKEN_TO_BE_REPLACED 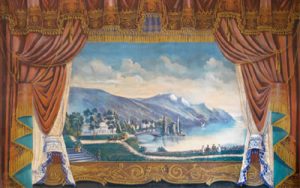 Between 1880 and World War II, painted theater curtains were artistic features of most New England villages and towns. Christine Hadsel provides a glimpse into the world of talented and often sophisticated artists who were part of the rural cultural scene, illustrating the rich cultural history of small-town Vermont before World War I. END_OF_DOCUMENT_TOKEN_TO_BE_REPLACED