1816 has long been known as the year without summer. Vermonters still call it “1800 and Froze to Death,” a year of frosts every month, dark skies, and mysterious lights that caused a widespread belief that a higher power was displeased. In this talk, historian Howard Coffin includes scores of anecdotes on the dark year of failed crops, scarce food, and religious revival. END_OF_DOCUMENT_TOKEN_TO_BE_REPLACED

*POSTPONED* Circle of Sawdust: The Mud, Myth, and Magic of the Circus 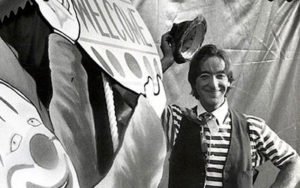 **POSTPONED** Thunderbolt: A True History of a Scottish Highwayman in 19th-Century Vermont 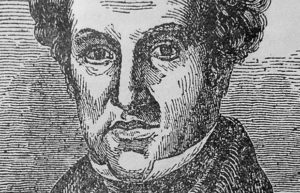 Award-winning novelist Tim Weed shares the story of a notorious Scottish outlaw who resurfaced in Brattleboro, VT in 1821. END_OF_DOCUMENT_TOKEN_TO_BE_REPLACED

*POSTPONED* Finding Jesse: A Fugitive from Slavery in Vermont 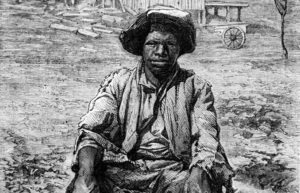 “Finding Jesse: A Fugitive from Slavery in Vermont” traces Jesse’s life from enslavement in North Carolina to freedom in Vermont. This illustrated talk by Jane Williamson brings the narrative of one slave out of anonymity and explores his life and pursuit of freedom. END_OF_DOCUMENT_TOKEN_TO_BE_REPLACED

**POSTPONED** Book Discussion: American Lightning: Terror, Mystery, the Birth of Hollywood and the Crime of the Century by Howard Blum

Part of the Gilded Age: Then and Now series. This series starts with the 1893 Columbian Exposition and continues on through the Gilded Age. Three novels and a narrative history illustrate that spectacular time period in ways that in turn illuminate our own era. END_OF_DOCUMENT_TOKEN_TO_BE_REPLACED

*CANCELLED* From the Parlor to Polling Place: Stories and Songs from the Suffragists

Singer and historian Linda Radtke, in period garb and “Votes for Women” sash, celebrates the centennial of the passage of the 19th Amendment, specifically highlighting the decades-long persistence of Vermonters, both women and men. Radtke also traces the movement’s alignment with other social justice initiatives such as temperance, labor conditions, wage equity, peace, and children’s welfare. END_OF_DOCUMENT_TOKEN_TO_BE_REPLACED

*POSTPONED* Murder in the Vermont Woods: A Story About Race, Class, and Gender in the 19th Century

Historian Jill Mudgett tells the story of an Indigenous man from southern New England who came to central Vermont during the late 19th century and was the victim of a murder. Recreating community connections in a rural Vermont hill town, this story is about poverty, racism, disability, and gendered violence against women, but is also an account of Indigenous movement and choice despite great obstacles. END_OF_DOCUMENT_TOKEN_TO_BE_REPLACED

*POSTPONED* People, Music, and 88 Keys, More or Less: Keyboard Instruments through the Ages 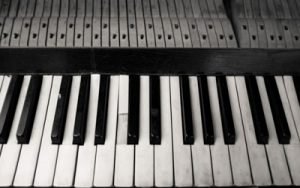 Lionel Hampton and other jazz greats used the marimba and xylophone, and Tchaikovsky used the celeste. With presentation and music, St. Michael’s College Professor Emeritus William Tortolano leads an exploration of the harpsichord, clavichord, the pianoforte, and more through the ages. END_OF_DOCUMENT_TOKEN_TO_BE_REPLACED

*POSTPONED* From the Parlor to Polling Place: Stories and Songs from the Suffragists

Singer and historian Linda Radtke, in period garb and “Votes for Women” sash, celebrates the centennial of the passage of the 19th Amendment, specifically highlighting the decades-long persistence of Vermonters, both women and men. END_OF_DOCUMENT_TOKEN_TO_BE_REPLACED