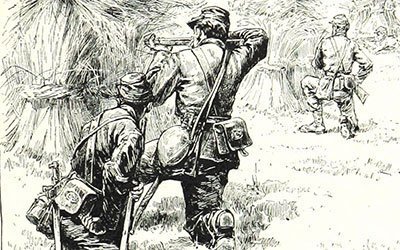 Vermont sent far more sharpshooters to the Union armies than any other state, on a per capita basis. By the hundreds, Vermont marksmen passed the rigorous marksmanship test to join one of three Vermont companies. And sharpshooters from this state played a little-known but major role at Gettysburg, the great Union victory that changed the Civil War’s course. Historian Howard Coffin will discuss his recent research into this little recognized group and consider the reasons why Vermont may have been so well-represented in this elite group of marksmen.