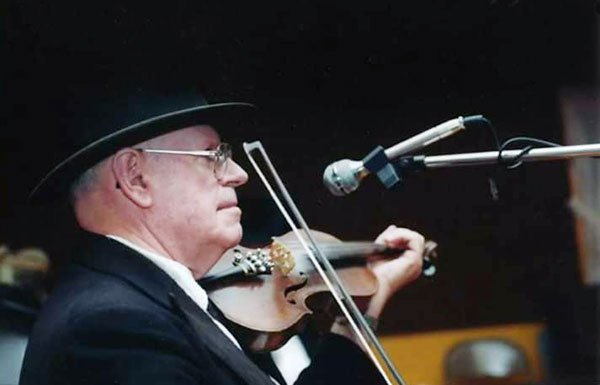 Harold “Chuck” Luce (1918-2014) grew up in Chelsea, and would become one of the premier traditional “Yankee” fiddlers of his generation. His smooth, effortless, and mostly self-taught fiddling style, ranging from traditional tunes to Tin Pan Alley and early Country Music, was enjoyed by dancers and listeners of all ages for over 85 years. Harold was a featured performer at the Smithsonian in the mid 1980’s, and he appeared in the documentary “New England Fiddles,” along with winning various awards at fiddle contests. Adam Boyce, one of Luce’s many pupils, shares photos, audio recordings, and personal recollections of Harold, and also plays a few favorite tunes that he learned from him.