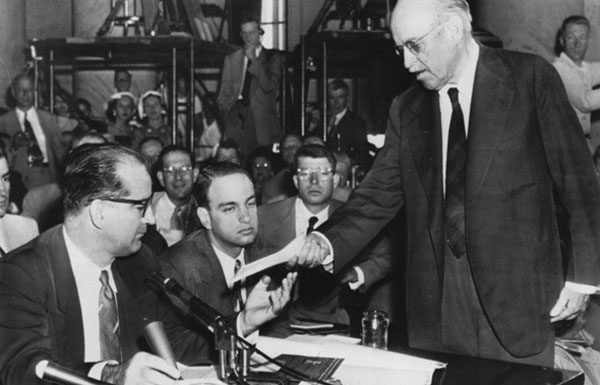 What happened in Vermont when the anti-Communist fear known as the “Red Scare” swept the country? Quite a bit, as it turns out. Rick Winston, author of the recently published “Red Scare in the Green Mountains: Vermont in the McCarthy Era,” explores some forgotten history as we see how a small, rural “rock-ribbed Republican” state with a historically libertarian streak handled the hysteria of the time. There were several fascinating stories in the Green Mountains, including a high-profile academic firing, a conservative senator who helped take down Joseph McCarthy, controversies involving left-leaning summer residents, and some veteran newspaper editors who spoke out against McCarthy’s tactics.