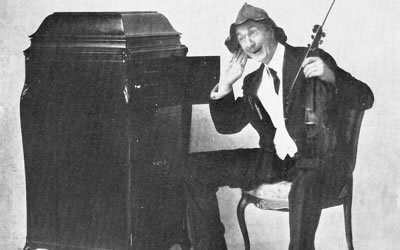 Having grown up in Topsham, Vermont, Charles Ross Taggart went on to a forty-year career performing in countless stage shows across the country, including the famous Red Path Chautauqua circuit. A fiddler, piano player, humorist, singer, and ventriloquist, he made at least 25 recordings with the Victor, Edison, and Columbia companies, and appeared in a talking movie picture four years before Al Jolson starred in The Jazz Singer. Fiddler Adam Boyce portrays Mr. Taggart near the end of his career, circa 1936, sharing recollections of his life and career interspersed with live fiddling and humorous sketches.