The Residence at Otter Creek 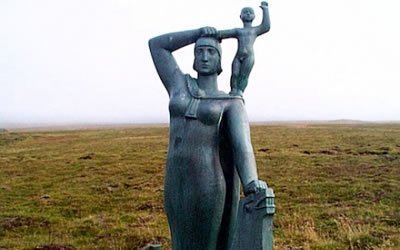 According to the medieval Icelandic sagas, a Viking woman came to the New World 500 years before Columbus. Gudrid the Far-Traveler, sister-in-law of the explorer Leif Eiriksson, tried to set up a colony on the shores of the Gulf of St Lawrence around the year 1000. While this story was long thought to be a myth, author Nancy Marie Brown tells how more and more of Gudrid’s story is being proved true by recent archaeological digs in Newfoundland, Greenland, and Iceland.