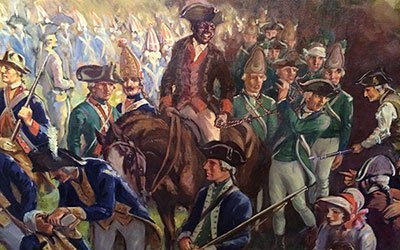 Most Vermonters might be surprised that among the 30 men killed at the Battle of Bennington was a black man, Sipp Ives, a member of Seth Warner’s Continental regiment of Green Mountain Boys. And Ives was not the only patriot of African descent who played a role in the fighting and its aftermath. In this illustrated talk, teacher and author Phil Holland explores military records and early town histories to present a more diverse picture of Vermont’s iconic battle and its Green Mountain Boys than typically depicted. Holland will also reflect on historical memory and how it is preserved and constructed.