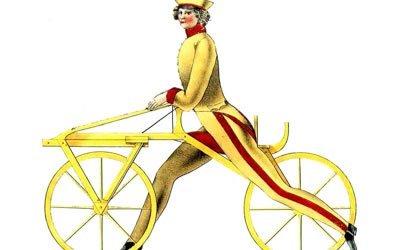 In this lecture, UVM professor Luis Vivanco explores the fascinating early history of the bicycle in Vermont, a new invention that generated widespread curiosity when it arrived here in the 1880s. During the 1890s, enthusiasm exploded statewide as bicycles became safer, women took to the wheel, roads improved, and retailers developed novel advertising techniques to draw in buyers. By 1920, popular interest in bicycles had waned, but it had not just been a fad: the bicycle was tied to important changes in industrial production, consumerism, new road policies and regulations, gender relations, and new cultural ideas about auto-mobility and effortless speed.