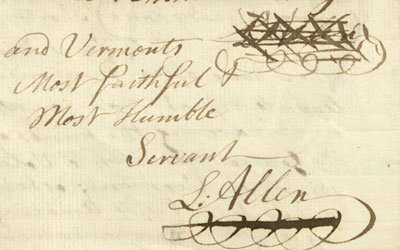 Levi Allen was an outsider within his own family. Though he supported his brother Ethan at the taking of Ticonderoga, the two fell out during the American Revolution: Levi was a Loyalist. When the war ended, Ethan and Ira Allen recruited Levi as independent Vermont’s liaison with the authorities in British North America. In the end, Levi lost the support of his family and friends, dying a pauper in Burlington. Historian Vincent Feeney shows how Levi’s life presents a vivid picture of the turmoil that a prominent American family experienced during the formative years of Vermont and the American Republic.