“I Wrote and Waited”: Aleksandr Solzhentsyn’s Life in Cavendish, Vermont 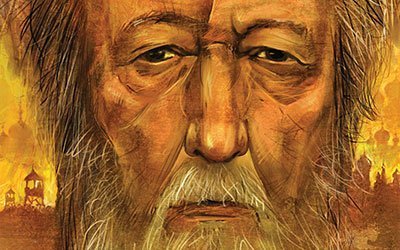 Aleksander Solzhenitsyn was a Nobel Prize-winning Soviet dissident author who moved to Cavendish, Vermont, after his exile from the Soviet Union. He and his family became part of community life in the small town, which guarded his privacy fiercely. Margo Caulfield of the Cavendish Historical Society will share what his life was like and the impact he had on the community. She will also speak about the work being done to commemorate his life in his centennial year.