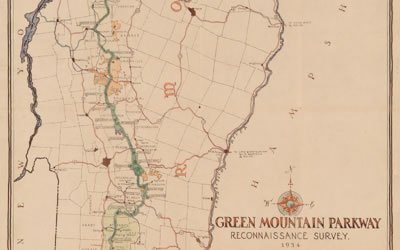 The difficulties of traveling in Vermont played a significant role in the state’s settlement, development, culture and politics. But Vermonters weren’t always eager to have good roads. Opposition began in 1753, when the Abenaki joined forces with the French to protest the building of a British military road along an established Abenaki trail. Resistance to new roads has continued ever since, from the Green Mountain Parkway to the building of the interstates. Novelist Deborah Lee Luskin asks, given this opposition, how is it we now drive cars in all seasons, in all weathers, in all corners of the state?