Finding Jesse: A Fugitive from Slavery in Vermont

Home » Events » Finding Jesse: A Fugitive from Slavery in Vermont

Generation after generation the Robinson family saved their copious correspondence, and today that record informs all that Rokeby Museum does. But what happens when the record is incomplete?

“Finding Jesse: A Fugitive from Slavery in Vermont” traces Jesse’s life from enslavement in North Carolina to freedom in Vermont. Citing letters in the collection at Rokeby Museum and documents at the North Carolina State Archives, the illustrated talk brings the narrative of one slave out of anonymity and explores his life and pursuit of freedom.

Jane Williamson, director emerita and curator of the museum’s award-winning exhibit Free & Safe: the Underground Railroad, will share the extensive research required to learn more about Simon, a fugitive from slavery who lived and worked at Rokeby in the 1830s. 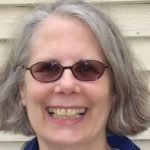 Jane Williamson holds a masters degree in historic preservation from the University of Vermont and was the director of the Rokeby Museum for over 20 years.