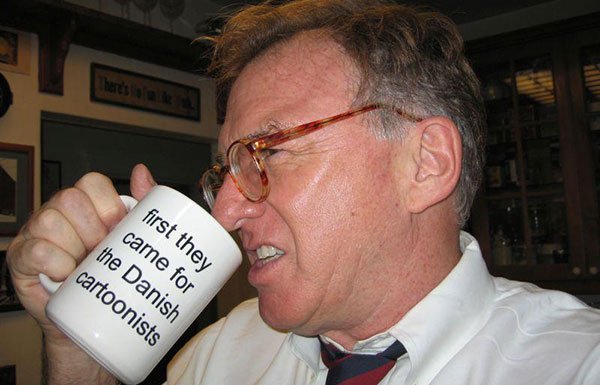 Political cartoonist Jeff Danziger will speak about his role in a French documentary film, Cartoonists, Foot Soldiers of Democracy, and about creating editorial cartoons during this time in American history. The film, an official selection at the 2015 Cannes Film Festival, weaves together portraits of 12 cartoonists who defend democracy, often at personal peril. Danziger is the sole American cartoonist featured in the film.

Watch the complete Cartoonists, Foot Soldiers of Democracy film on Vimeo in advance of this conversation with Danziger.

Jeff Danziger’s work has appeared in a wide variety of publications from the New York Times, Washington Post and Wall Street Journal to the Toronto Globe and Mail, LeMonde and the China Daily. His work has also appeared in magazines ranging from Newsweek and Forbes to the New Yorker and the Texas Observer.

He is the recipient of the Herblock Prize in 2006 and the Thomas Nast (Landau) Prize. He served in the US Army in Vietnam and was awarded the Bronze Star and the Air Medal.