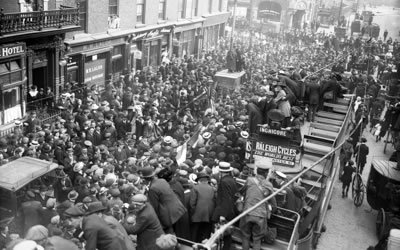 In one of the most frequently quoted lines of the Irish poet William Butler Yeats, he called the 1916 Easter Rebellion in Dublin “a terrible beauty.” Historian Vince Feeney discusses the circumstances surrounding the rebellion, what happened that fateful week in April, and what the “beauty” was in an armed revolt that left most of its leaders dead or imprisoned.