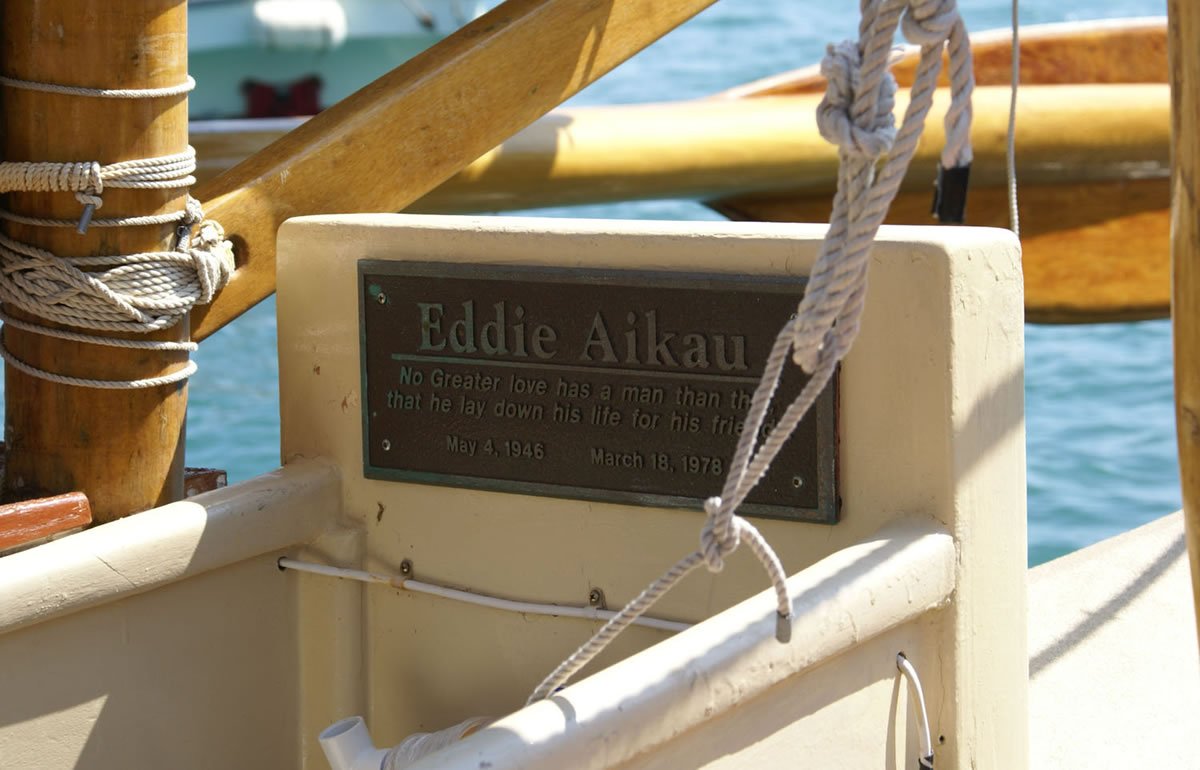 Every year, between December 1st and the end of February, if winter storms in the North Pacific send really big waves on to the North Shore of the Hawaiian island of Oahu, then an invitational big wave surfing competition may happen. But only if the waves are at least thirty and forty feet high when measured from the bottom of the trough in front of the wave to the wave’s peak.

That’s why the competition has been held only nine times since it started in 1985.

It’s called the Quiksilver in Memory of Eddie Aikau, or for short, “The Eddie.” Each year 28 surfers are invited to take part. When it looks like big waves may materialize, an alert goes out, the surfers gather, and then a go or no-go decision is made, depending on the waves.

The competition is named after the first lifeguard at Waimea Bay, where, in nine years he saved more than 500 people, and lost none. He was also one of the first big wave surfers.

In 1978 Eddie Aikau was a member of the Polynesian Voyaging Society’s thirty-day 2,500-mile trip from Hawaii to Tahiti, following a route taken by Polynesians hundreds of years ago. The expedition’s double-hulled voyaging canoe sprung a leak and later capsized twelve miles off-shore. At night, in desperate circumstances, Eddie took his surfboard and went for help. The Coast Guard rescued the rest of the crew, but Eddie was never seen again. He was thirty-one.

Eddie’s Hawaiian middle name, Makuahanai, means a fostering parent who nurtures not just one’s own kin, but everyone in the community. Eddie was aptly named.

Just last winter, after several false alarms, the competition was held, the first time in seven years. So this winter, or some future winter, if you hear about a big wave surfing competition in Hawaii, you’ll know what it’s about, and how it honors an international champion and hero, a brave and big-hearted man with a can-do attitude, Eddie Aikau.