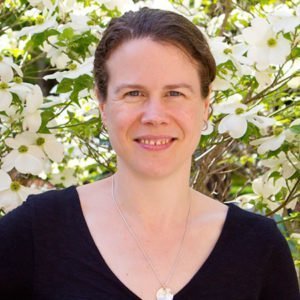 Amy Hungerford is the Bird White Housum Professor of English, Professor of American Studies, and Dean of Humanities at Yale. She specializes in 20th- and 21st-century American literature, especially the period since 1945. Her new monograph, Making Literature Now is about the social networks that support and shape contemporary literature in both traditional and virtual media.

Professor Hungerford’s undergraduate teaching is known worldwide through her popular, and free, online course, “The American Novel Since 1945.” Since 2009, she has taught at Bread Loaf School of English at Middlebury College in the summertime. She is a founder of Post45 (a professional association for scholars working in post-45 literary and cultural studies). Her new book project is focuses on the social experience of solitude in American culture from the 19th century to the present.