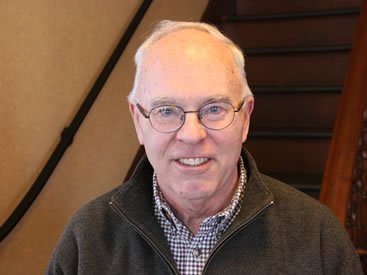 Robert Wells of South Londonderry is a retired marketing and advertising strategist. Bob joined the Board in September 2013 as a Governor’s appointee. With Vermont Humanities, he is a member of the Program Committee and the Victor R. Swenson Educator Award Committee. While working, Bob was a managing director of creative agency Lord Geller Federico Einstein, where he led the introduction of the IBM PC. Earlier in his career, he managed a portfolio of accounts, ranging from the Keep America Beautiful “Crying Indian” campaign to the repositioning and re-launch of “Le Car by Renault.”

He started his career at General Electric as an issues speech writer for three of GE’s vice chairmen and ran its international communications operation. Before retiring, he served at Young & Rubicam, Inc. on its board as Executive VP, where he was responsible for the succession planning for its top 300 managers among other duties.  Bob maintains a keen interest in public life, board and community service. He is a Trustee of DePauw University and chair of that school’s Academic Affairs Committee. Also, he is president of Neighborhood Connections, Inc.m a social services agency that supports the most vulnerable people in nine Green Mountain towns in Vermont.  Bob holds a B.A. in Mathematics from DePauw and an MBA in Marketing from SUNY-Albany.