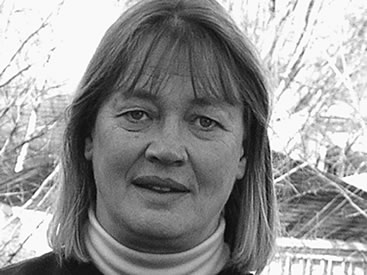 Christine Hadsel of Burlington is the Director of the “Curtains Without Borders” conservation program. Chris joined the Board in January 2015. She is a member of the Grants and Program Committees. Between 1986 and 1997, she was the first Executive Director of the Vermont Museum and Gallery Alliance. She also directed the Vermont Collections Care Program and oversaw Vermont’s participation in the national “Save Outdoor Sculpture” program. In 1999, she was awarded the Vermont Arts Council “Governor’s Award for Excellence” for her work.

In addition to her interest in conservation and the preservation of community centers, she is the former President of the Board of the Vermont Symphony Orchestra and the Fairbanks Museum in St. Johnsbury. She has served on the boards of the Governor’s Institutes of Vermont, the UVM Lane Series, and Planned Parenthood. She has been a Parks and Recreation Commissioner in Burlington, as well as a Burlington School Commissioner and Library Commissioner.  In 2019, she joined the board at the St. Johnsbury Athenaeum. Chris earned a B.A. in Slavic Languages and Literature from Northwestern University and a M.A. in Slavic Languages and Literature from the University of California at Berkeley.