A High Price to Pay, A Heavy Burden to Bear: One Family’s Civil War Story Abel Morrill, Sr., was an early settler of Cabot, Vermont. He was a respected farmer and maple sugar producer for much of the 19th century. His story reflects the hardship and heartbreak suffered by those who lived at the time of America’s greatest conflict, the Civil War.

David Book’s portrayal of Abel Morrill profiles life before the war and life as it was affected by the war. Drawing on primary resources, Book’s monologue describes with historical accuracy life in mid-19th century Vermont and is a story that could be repeated by many families in every town in Vermont during this era. 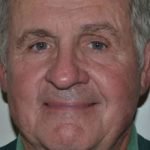